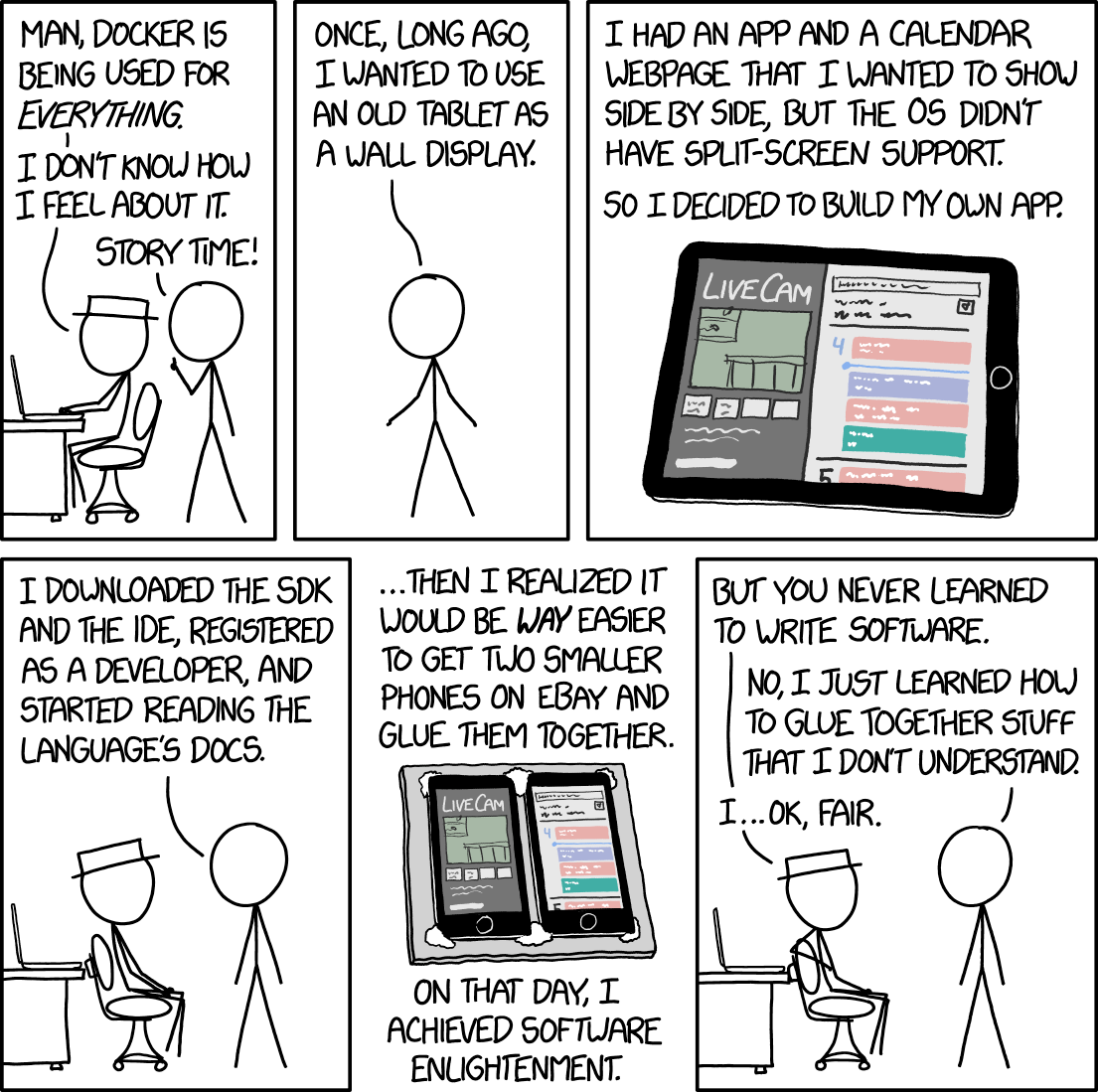 Docker is a software platform for building applications based on containers — small and lightweight execution environments that make shared use of the operating system kernel but otherwise run in isolation from one another. From a practical standpoint, Docker is a way to package software so that it can run on any hardware.

Since the Docker ecosystem is so vast, I am keeping this post to the very basics of things. There are hundreds of great articles that explain each concept in detail so I will be referencing them at the last.

Before we dive in, the following is a list of basic docker terminology which we should be aware of.

Dockerfile It is a blueprint to build a Docker Image. A text document containing the commands to build a Docker image. The first line states the base image to begin with and then follow the instructions to install required programs, copy files, and so on until you get the working environment you need.

Image A standalone, executable package that can be run in a container. An image includes everything that is needed to run an application, including the application's executable code, any software on which the application depends, and any required configuration settings.

Container A container is a runtime instance of a Docker image. It consists of the contents of a Docker image, an execution environment, and a standard set of instructions. A single image can be used to spawn multiple containers for scaling the application.

Image layer In an image, a layer is a modification to the image, represented by an instruction in the Dockerfile. When an image is updated or rebuilt, only layers that change need to be updated, and unchanged layers are cached locally. This is part of why Docker images are so fast and lightweight. The sizes of each layer add up to equal the size of the final image.

Volume A volume is a directory that can be associated with one or more containers. It is used to share storage across different containers, or anyway storage that can outlive the user container.

Docker Hub A public registry to upload images and work with them. Here’s a quick link to the detailed glossary.

The best way to learn Docker is to build and containerize an application. Let’s take a simple example to package a webserver. We will be following these steps

The code can be found here

The first line in a Dockerfile states which base image we will be working on. This base image contains the OS and other libraries neatly package in an image. Mostly these will be hosted on the DockerHub. The rest of the commands are instructions to build the application.

Evident from the output, we can see that Docker reads and executes all the instructions one by one. Each instruction adds a layer which adds to the final image (an onion-like structure). Following is the screenshot from the Docker Desktop App which shows all the details for this created image.

3. Running the image in container#

Now we run this hello-world-docker-image image which creates a container and tags it as hello-world-container.

To test this on our local machine, we have asked Docker to forward port 3000 from the container to port 4000 on the host machine.

From the Docker app, we can see that the final image was 915 MB. To check the constituents of individual layers we can use the docker history command.

My personal favorite tool is dive. We can debug an image using dive hello-world-docker-image command.

If the image build process fails, we can still run a container with any of the successful layer id using the following command.